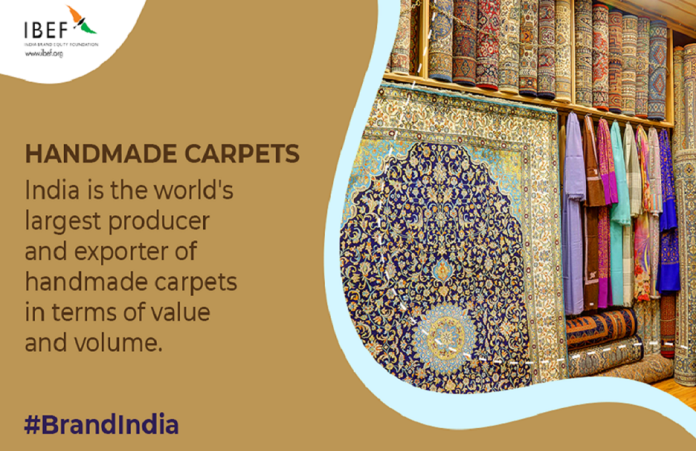 The Indian carpet industry has come a long way from the Mughal period to the British rule and then to independent India to become one of the top major exporters of carpets and rugs.

Carpet weaving does not belong to India, It’s presented by the Mughal emperor. The first Mughal emperor Babur brought rugs from Persia and Turkey to enhance the beauty of his court. And today carpet manufacturers in India employ more than two million artisans, especially women in rural areas. But this is just a glimpse of the flourishing carpet industry in India.

Most of the artisans employed belong to the deprived section of society. But they are fine craftsmen with more insight into nature. His wisdom and mood are reflected in the rugs woven by him. The design, composition, color, and finish they give to the rugs reflect their knowledge and understanding of the country’s history, culture, myths, and geo conditions.

History Of Capet Weaving In India

Before delving into the pages of history to trace the origin of rug making in the country, you must have a look at the current state of the industry. A quick look at the Indian carpet export figures reveals an increase of INR 4.4 crores in 1961 to INR 13810 crore in 2021 and it is a massive increase in terms of earnings. Also, it is a testament to the better life of the weavers and artisans of the rural areas.

Babur used to import mats for his court from Turkey and Persia and Akbar established royal workshops at Agra and Fatehpur Sikri to make mats for the royal people. The trade flourished during the Mughal period and attracted artisans from nearby areas to learn the art of mat making. Simultaneously, weavers started using different threads such as cotton and silk to weave plush rugs.

By the time the Mughal rule met its end with the English people snatching control of the trade and commerce of the country, the imperial workshops set by Akbar had a large workforce of artisans weaving mats for the whole world. With the ruin of the Mughal Empire, the local workshops came under the direct rule of the English or European companies. These companies established themselves as carpets exporters.

New companies started an industry with the help of trained artisans. They employed more people to meet the demand coming from different parts of the world. Also, this is the time when workshops were founded in further areas. Hence, India witnessed the growth and development of its carpet industry, with rural artisans forming the backbone of the industry.

Formation Of An Export Council

Carpet manufacturers in India received technical and financial assistance from the new Indian government after the British period. Senior and experienced artisans set up new workshops in different parts of the country and this gave a new shape and design to the industry. Production increased and companies began to look for new markets. He also formed an organization to take care of his business interests. Since there was a high demand for Indian carpets, they were anticipating the expected response from the global markets.

Leading experts came together to form a non-profit organization to promote and develop the export of floor coverings. In 1982, they formed Carpet Export Promotion Council (CEPC) under Companies. It became the official body of businesses exporting rugs and rugs. The Authority took the accountability for projecting India’s image as a reliable supplier of high-quality handmade mats to the global markets. Also, it helped in R&D and completing promised deliveries.

Presently the council is focused on organizing and participating in world-renowned trade fairs to enhance the skill of artisans, strengthen their base in the existing market, identify potential markets, provide support for brand building and promote handmade mats in the global market. is working. The council also educates people about government policies and ensures compliance with those policies.

It would not be an exaggeration to say that rugs exporters depend on CEPC for brand building and promotion. The council represents the industry, not just one or a few companies. The importers deal with a council that acts like the governing body of the companies exporting mats and floor coverings to the world. The committee builds trust and credibility and provides more opportunities for Indian companies.

What Makes Indian Carpets Different From Others?

The main appeal of Indian products is their ability to offer a luxurious, warm, and cushioned surface under the feet. Buyers typically consider two factors — fiber type and weave style — when shopping for floor coverings. In India, rugs are weave by looping the fiber yarn through the backing material. In many mats, the loop is left, but others have the loop cut at different lengths and angles.

Carpet manufacturers in India take inspiration from Persian and Bukhara rugs from Turkmenistan and Turkey. This style involves a specific pattern called gul. It concerns repeating geometric patterns throughout the mat. Also, they use flowers and hunting scenes as decorative motifs. But Indian products are known for the dyes used to dye the fibers.

All luxury mats in India are made from wool and the finest product. cashmere wool which offers never before seen durability and softness. But today manufacturers use synthetic and natural fibers to weave carpets.

How To Set A Carpet Business?

The booming Indian carpet export attracts talent and the good thing is that anyone can set up a rug manufacturing unit with little investment. CEPC is also present here to help entrepreneurs. If you want to enter the carpet manufacturing industry then you should first get information about the government rules governing the export of carpets and rugs. It will require investment but you can rest assured about a sizable return in the long run. Also, go through How To Style 8×10 Rugs At Home 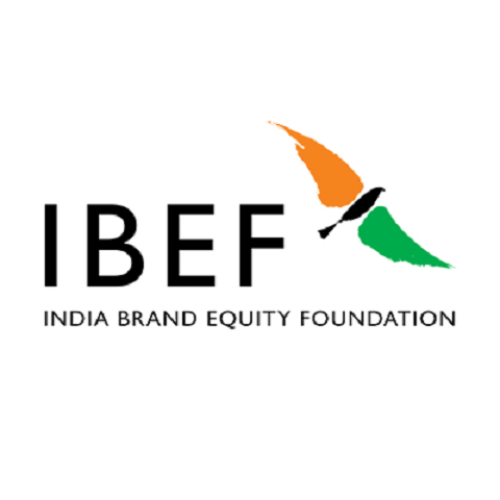 ibefindiahttps://www.ibef.org/
The India Brand Equity Foundation is an organization that works towards promoting the Made in India label in international markets, and creating awareness of Indian products and services. The group coordinates with stakeholders across government, industry, and the world media to provide updated, accurate, and detailed information on the Indian economy, investment ideas, states/sectors, and other related topics.
RELATED ARTICLES
Business

What is the pricing rate for scraping cars?

Cleaning Up Before Your Turn

What is the pricing rate for scraping cars?

marizonilogert on How to Convert OLM File to MBOX on Mac?